Social Media in a Disaster

Shortly after the tsunami struck Japan on March 11, the American Red Cross‘ social media team faced a tsunami of its own.

The organization is typically mentioned more than 1,500 times a day online. When disaster strikes those numbers rise exponentially, as does the need to get information to the public and coordinate responses. I spent some time last week during the NTEN 2011 conference in Washington with Wendy Harman, social media manager at the Red Cross, to learn how the organization handles its social networking tools in a time of crisis. You can see the video interview over at the Philanthropy News Digest blog.

Posted in Uncategorized on March 1, 2011

A few months back, fellow consultant Bill Silberg and I began conversations with the smart people at the Foundation Center’s Philanthropy News Digest about creating a series of podcast conversations.

No question philanthropy is changing. Foundations are recognizing that they are more than grant makers. They are in the business of driving social change. They are increasingly understanding that communicating the “stories” of their work can be as important as the work itself. Through social media, they are beginning to open their typically closed processes and engage with the field in ways that help them drive change.

Seems like a series of interviews with the people who are driving the change could go a long way toward helping us all understand where the sector is headed. END_OF_DOCUMENT_TOKEN_TO_BE_REPLACED

A Four-Step Plan to Building a Social Media Dashboard

Posted in Uncategorized on December 14, 2010

“If you don’t know where you are going, any road will take you there.”

A few years back, I presented a preliminary dashboard measuring Web activity to an advisory group at the organization where I was working. This was a smart, perceptive and knowledgeable team. I expected lots of questions and some insightful discussion around the conference table where we met late on that cold afternoon. What I didn’t expect was to walk out with a list of indicators three times as long as the one I walked in with. Every metric I posed led to suggestions for more. The suggestions shot off in a thousand directions. By the time the sun had set outside (and in the room), I had learned a painful lesson. While the metrics may vary, there is a logical process to follow that will make creating a dashboard easier. So, to help you avoid similar pain, here is my four-step, never-fail plan to building a social media dashboard. (Your metrics may differ, but the process should work.) END_OF_DOCUMENT_TOKEN_TO_BE_REPLACED

Posted in Uncategorized on November 18, 2010

Heard a great presentation this morning from an organization that has achieved surprising success on Facebook. It came from Buffalo Wild Wings, a restaurant chain that is gaining recognition on the social network far beyond its position in the industry.

The restaurant’s success is a lesson in thoughtful and strategic use of social media that translates nicely to the nonprofit world. Paul Freher, director of media at Buffalo Wild Wings, and Brandon Murphy, chief strategy director at the agency they work with, 22squared, offered insight into how they have accumulated their 3.5 million Facebook “likes” (fans). I’ve pulled out eight of the lessons that are particularly helpful for nonprofits and added some thoughts of my own. END_OF_DOCUMENT_TOKEN_TO_BE_REPLACED

Posted in Uncategorized on November 15, 2010

I’m speaking at the Word of Mouth Marketing Association 2010 Summit in Las Vegas this week. The always interesting Dawn Lacallade of ComBlu and I will be talking about using crowdsourcing to generate and vet innovative ideas. Dawn was community manager at SolarWinds and managed Dell’s IdeaStorm when she was communities and conversations manager at Dell. If you are going to WOMMA, come check out our session on Friday. I’ll be in Vegas from Wednesday to Friday. If you are there and want to get together or just say hi, let me know.

How to Keep that Experimental Mindset

Posted in Uncategorized on November 1, 2010 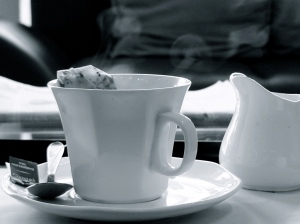 A month or so ago, I purchased some tea at a health food store that looked pretty tasty. Rasperry-Peach. Nice picture on the box. Cute story about the history of the tea maker. I took it home with visions of a soothing warm cup on cool fall evenings. What a crock. Every painful sip of this witches brew caused involuntary facial scrunching. Then there was the oh-so-pleasant metallic aftertaste. So, naturally, I have dutifully kept on drinking cup after bitter cup. I even have a steaming cup sitting next to me as I am typing this. Two more packets to go. Just doesn’t seem right to throw it out.

For those of us raised to clean our plates (or to finish every book we start), social media can require a pretty big shift. A shift to a mindset that doesn’t come naturally to many of us. The fail, adjust, fail again, adjust again mindset. The micro-failure mindset. So here are three things to keep in mind as you tackle your social media initiatives: END_OF_DOCUMENT_TOKEN_TO_BE_REPLACED

The Ultimate, Definitive, Official List of Foundations That Blog 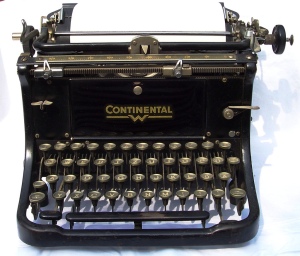 I’ve been working with some foundations recently on a strategy around blogging, and it started me wondering how many other philanthropies have jumped into that world. My search through the Foundation Center’s list of the 100 largest foundations (by assets) uncovered 15 that are blogging, which after several hours of calculating and head scratching I determined equals 15 percent. Not exactly an overwhelming number, but it is a number that is growing. Seems like there might be a need for a central database so that people can learn from the current efforts. So, I put together the following list to get things rolling. It contains links to blogs by the 100 largest foundations and (separately) some by smaller ones. Please let me know about others that I missed. Private, community, corporate, family—all foundations are welcome. The main criteria is whether they have an active blog. END_OF_DOCUMENT_TOKEN_TO_BE_REPLACED

10 Ways to Get More Readers for Your Blog

A friend and I used to play a sad game, when we met over dinner every few months. We would swap stories, competing to see who had worked the crappiest job or for the worst boss. (The game started while we were both working with a man seething with so much anger that management suggested he be isolated in a room with just one other person. Inevitably, the other person had to be removed after the two wound up in a little-girl screaming match followed by a flurry of punches.)

My friend usually won our contest, but, unfortunately, I managed to hold my own. One job that kept me in the running was a year I spent as a proposal writer for a large insurance company. My boss sprung straight from a Dickens novel—a hunched-over, hamstser-faced man with a comb-over, who had been relegated to managing a unit he detested in the hope he would resign. (A few years earlier, the president of the company had thought it would be a funny practical joke to have a fake headstone placed outside of this man’s office window, with RIP in big letters. That company was just a laugh a minute.) Alas, the human spirit is unfathomable, and my boss clung to his hated job with grim determination. END_OF_DOCUMENT_TOKEN_TO_BE_REPLACED

Back on the Open Road

Posted in Uncategorized on September 23, 2010

Just a quick update. I’m headed to L.A. on Friday (9/24) to speak on lessons learned from social media at the Epilepsy Foundation of America’s annual meeting. Great group. Hoping to check out the Queen Mary and the Aquarium of the Pacific while I’m there. Then back to L.A. next week (9/29-10/1) for the Communications Network meeting. A chance to catch-up with lots of foundation colleagues. If you live in the Los Angeles area or are attending one of those meetings and want to get together, just let me know.

How to Be An Effective Philanthropist in Eight Easy Steps

I was lucky enough to learn from a long list of amazing people during my nearly nine years at the Robert Wood Johnson Foundation. Now that I am on the outside peering back through the glass, it is my turn to pass on some of those lessons, which I collected in a commentary for the Philanthropy News Digest. Consider it one man’s primer on how to be an effective philanthropist, learned the hard way. You can read it here.